South Africa in 344 pages: before, during and after apartheid by the father of South-African photography.

Published in English, then later in French by Éditions du Centre Pompidou with the support of the Almayuda Foundation, Structures de domination et de démocratie is much more than an exhibition catalogue or a beautiful photography book. It is committed, magnificent and unique testimony concerning South Africa, its history, its geography and its people by the country’s greatest photographer. 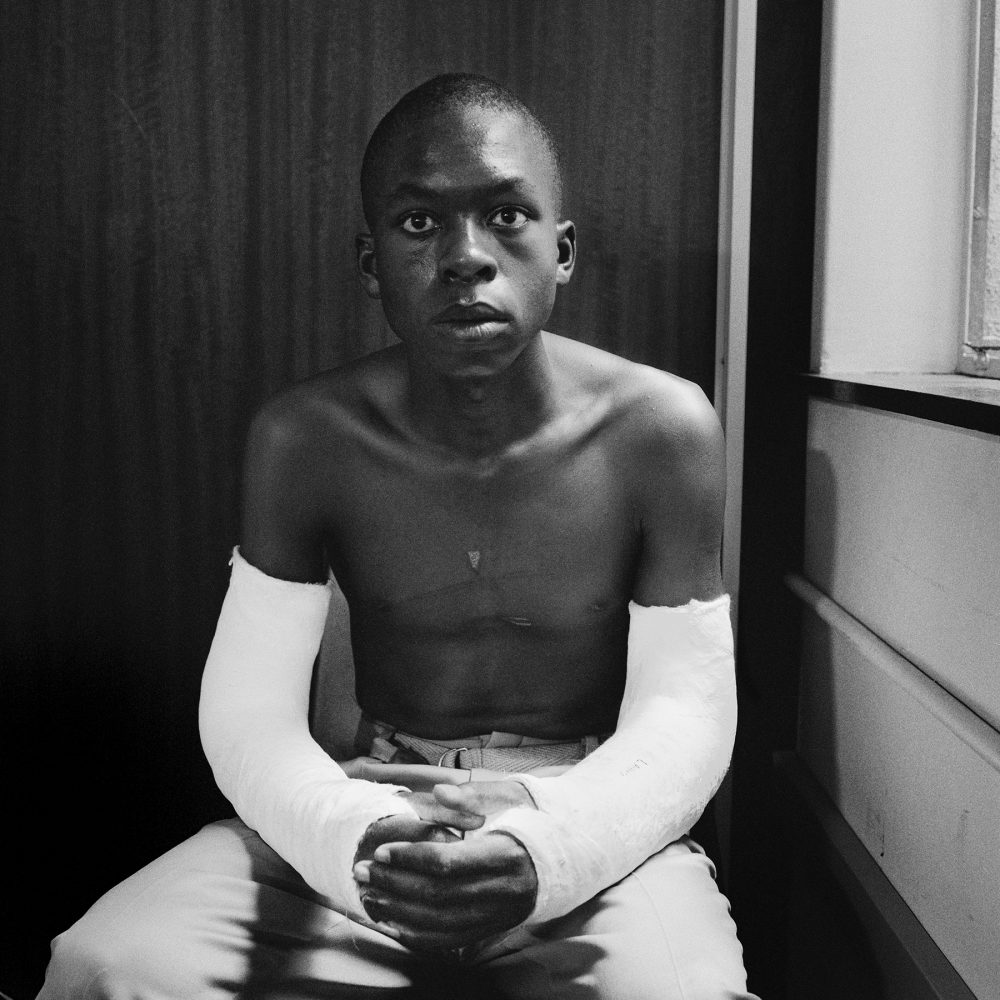 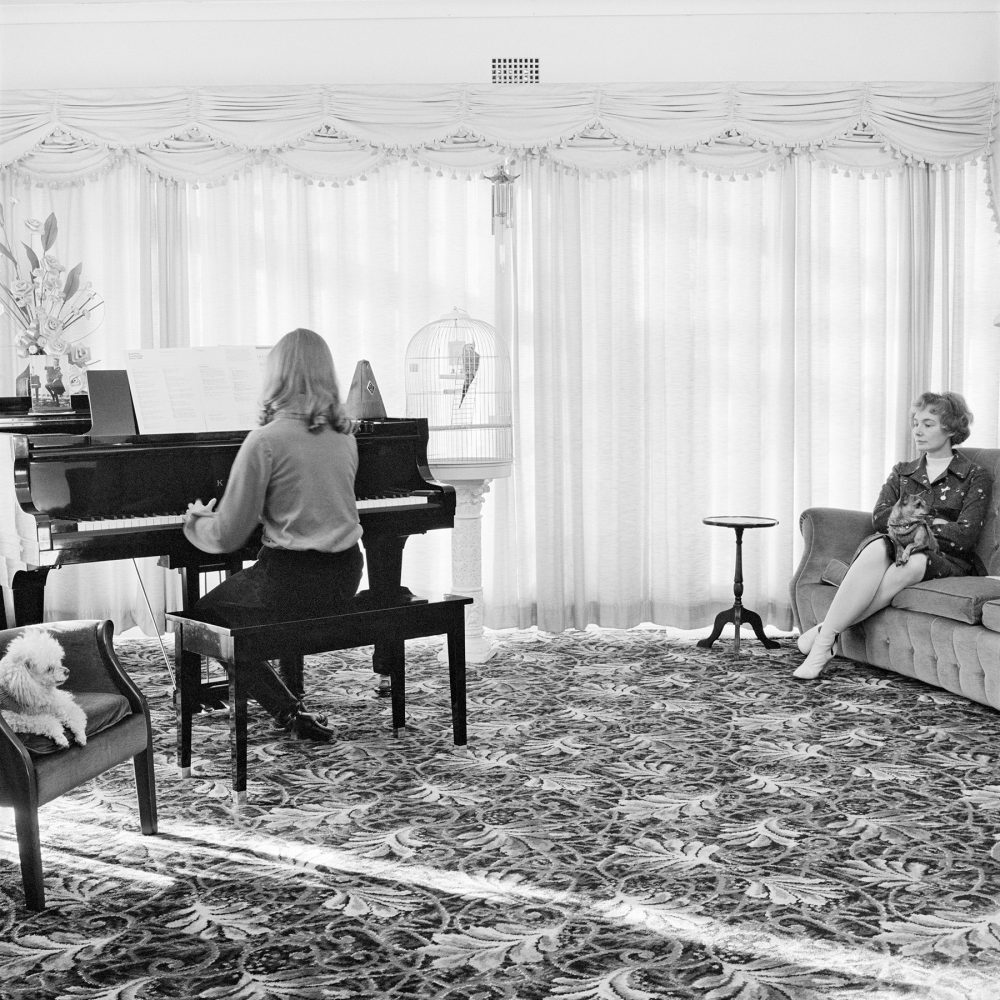 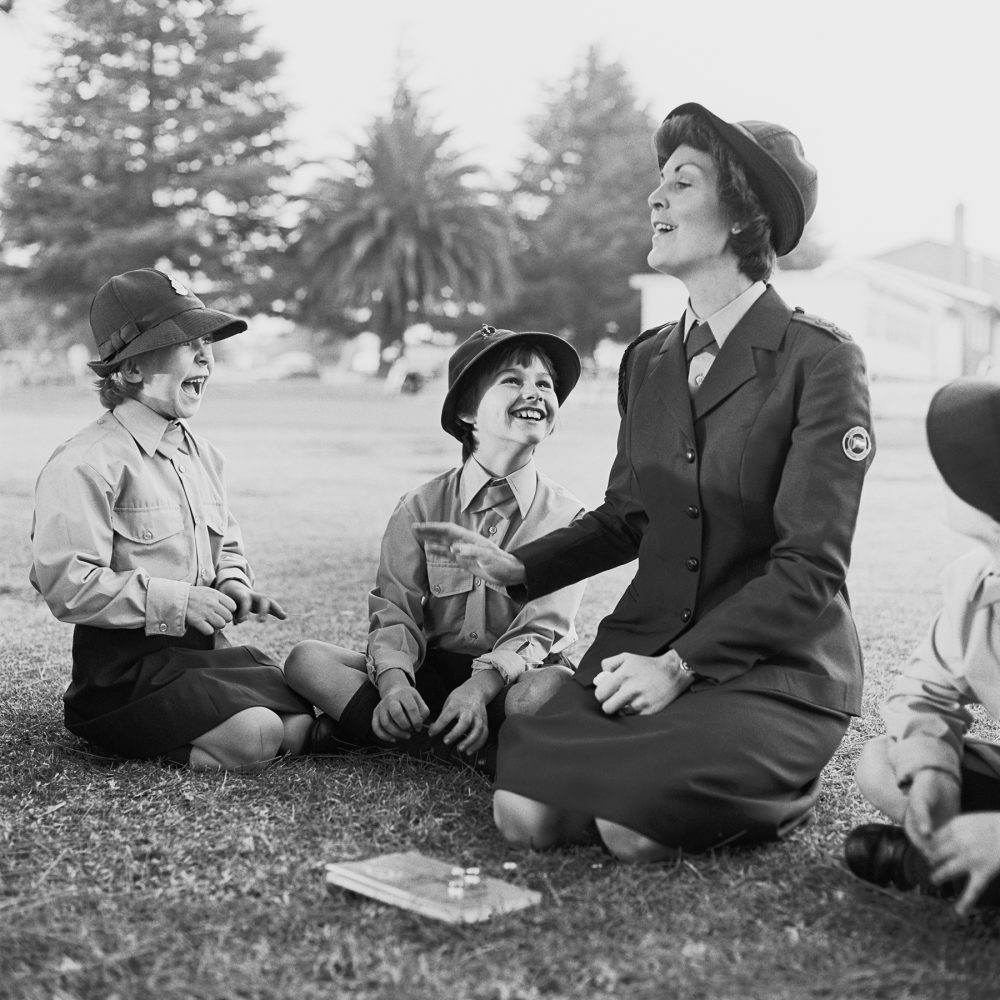 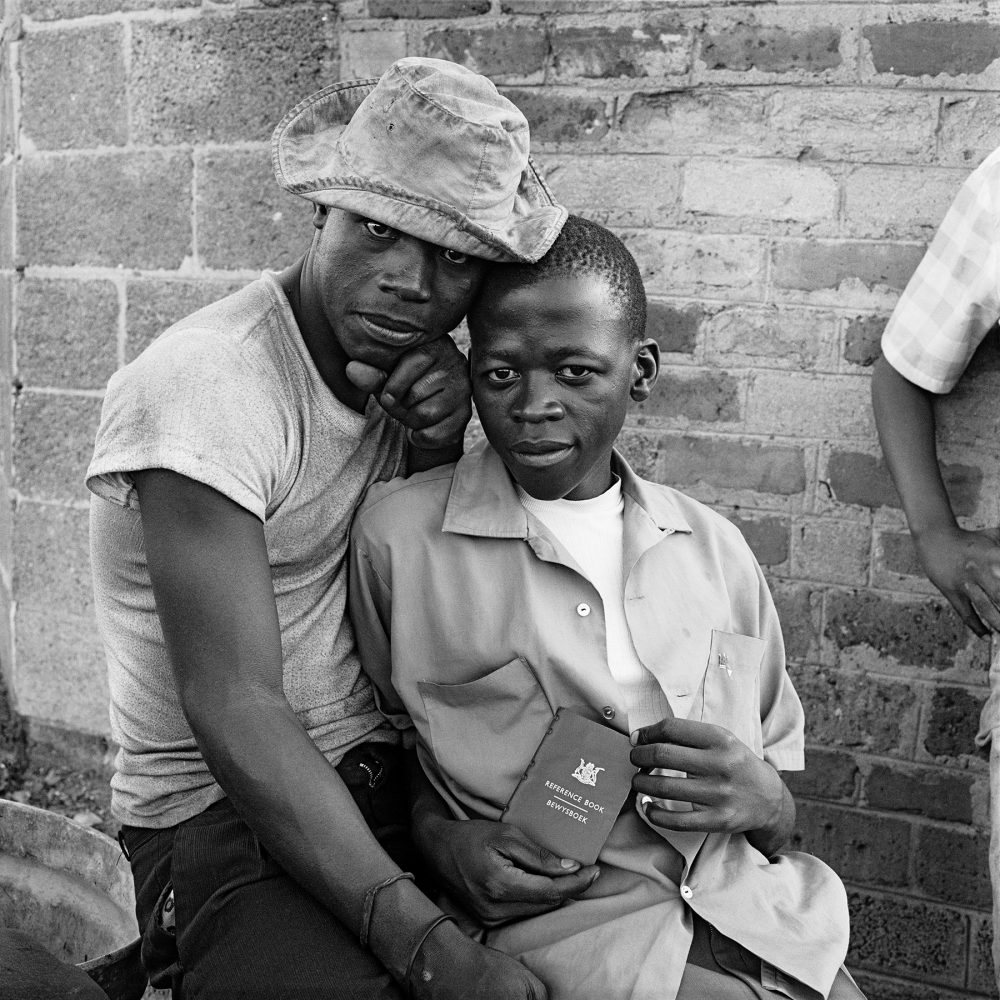 Born in 1930, David Goldblatt took his first steps in photography while still a teenager. With his camera in hand, he covers the entire contemporary history of his country, from the establishment of apartheid, a system of total domination, to the advent of democracy.

A leading figure in South-African photography, he is a man who has been particularly influenced by his own remarkable background rooted in old Europe, far from his native Transvaal. The child of Jewish immigrants from Lithuania who were fleeing persecution, he was brought up in an atmosphere of equality, respect and tolerance towards people from other cultures and religions. In his childhood home, full of books, differences of opinion were discussed. Hence his curiosity and his desire to understand rather than condemn stances he does not share.

Back to black and white

“It makes little difference whether he is photographing blacks, whites or people of colour; he does it with the same respect, the same curiosity, the same lack of judgement or artifice.”
Karolina Ziebinska-Lewandowska

His early photographs, taken while he was between 16 and 18 years old, depict dockyard workers, fishermen and miners.

This continued and Goldblatt became the documentary photographer of his country above all others. He turned his camera to the everyday lives of the oppressed blacks, but also that of the poor whites, Afrikaner farmers sometimes little better off. He captured the white urban middle class enjoying a way of life they believed would never change… All of this makes up a fascinating, moving and disturbing journey from suburbs to townships, from dusty fields to workers’ shacks… 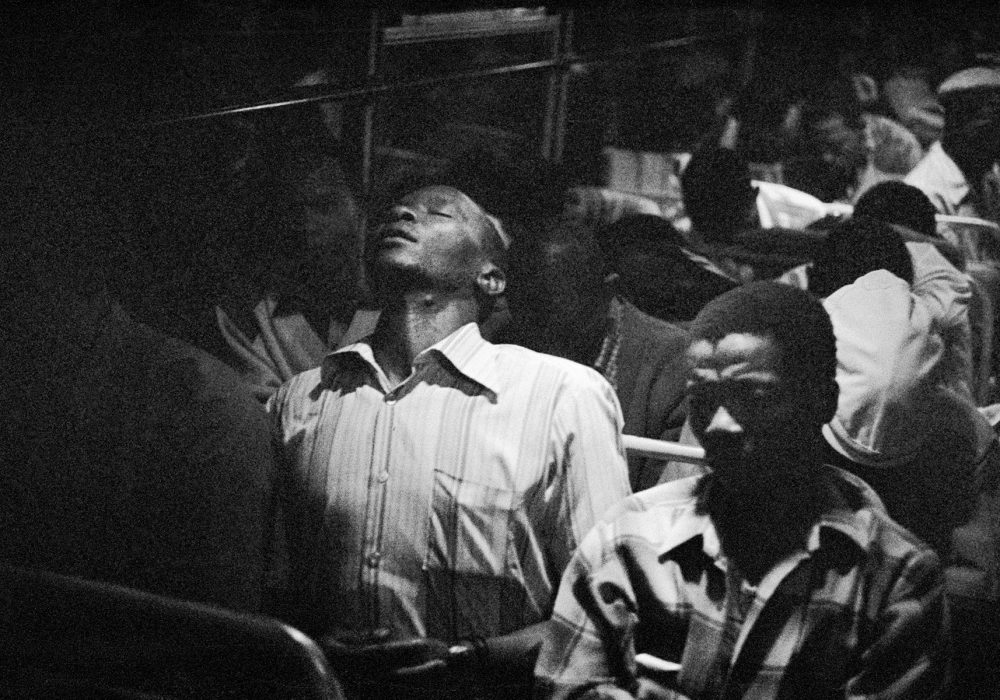 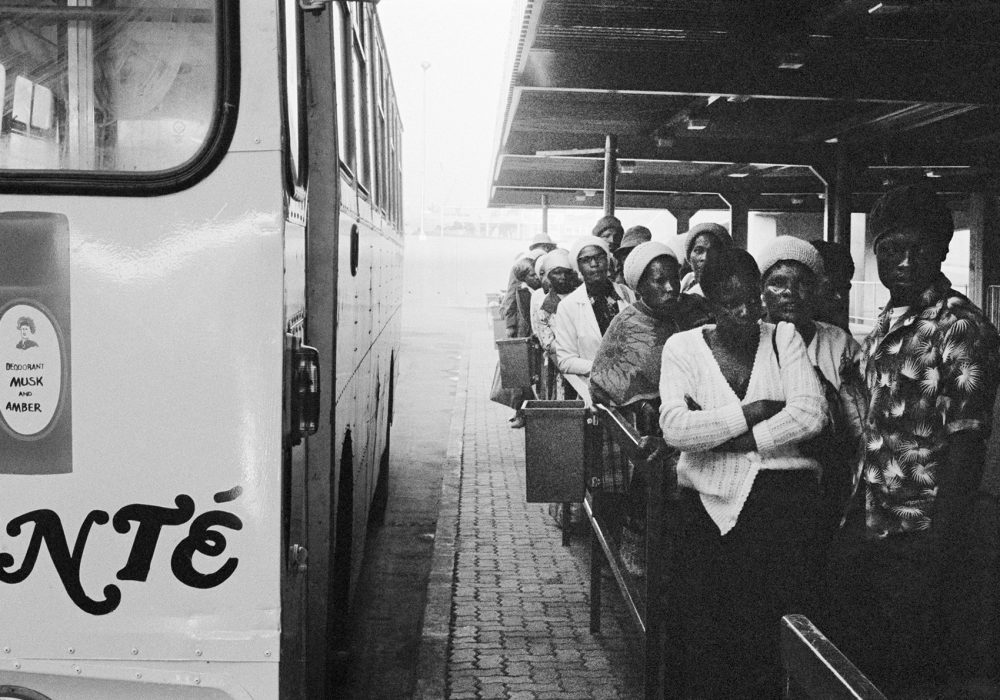 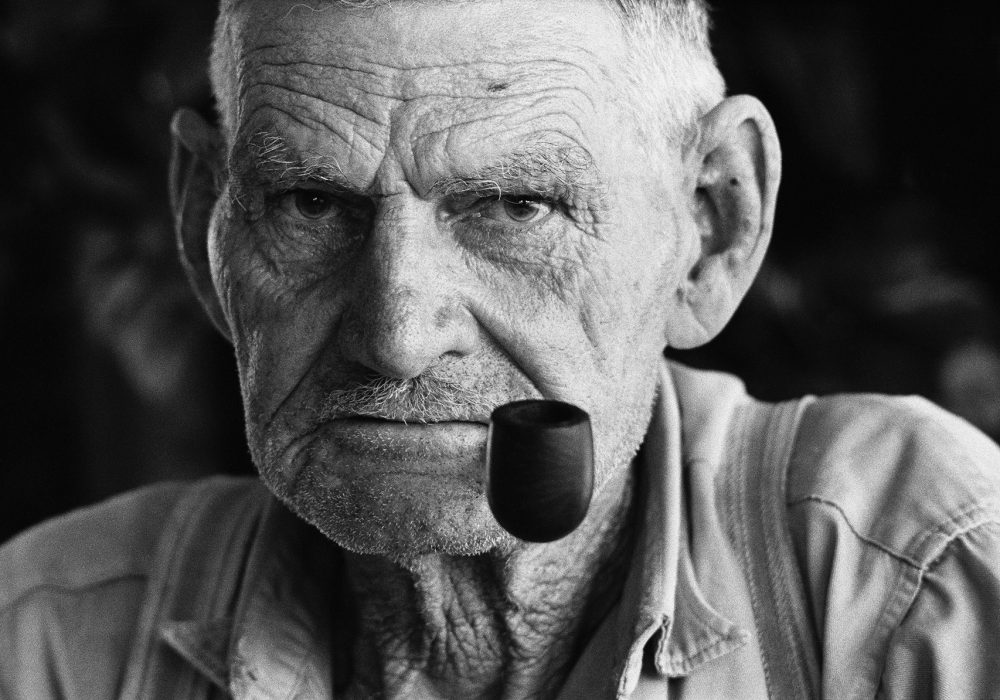 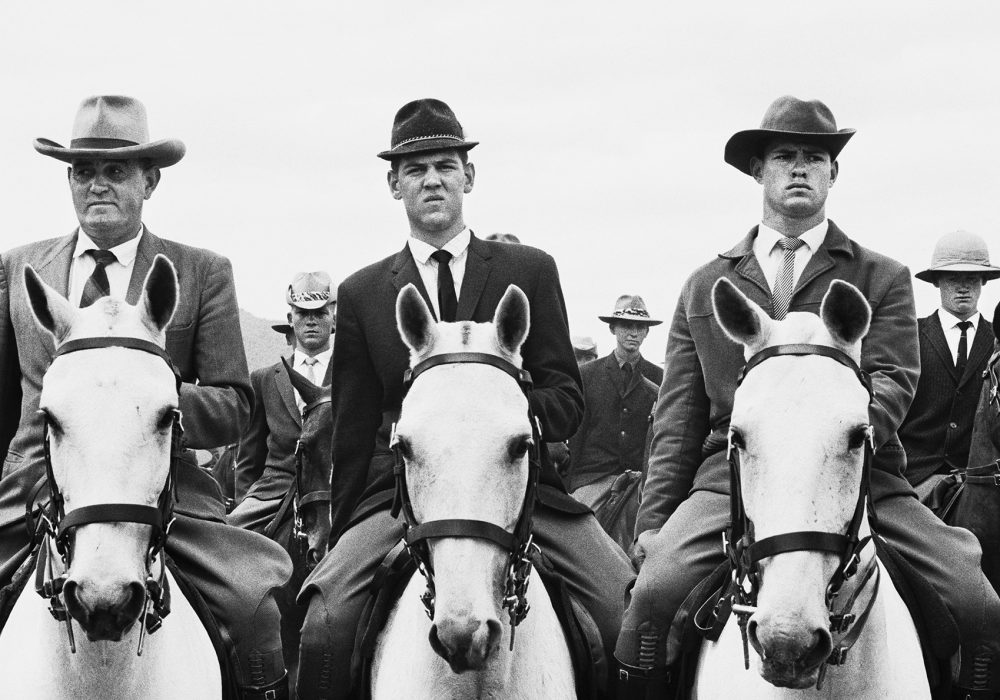 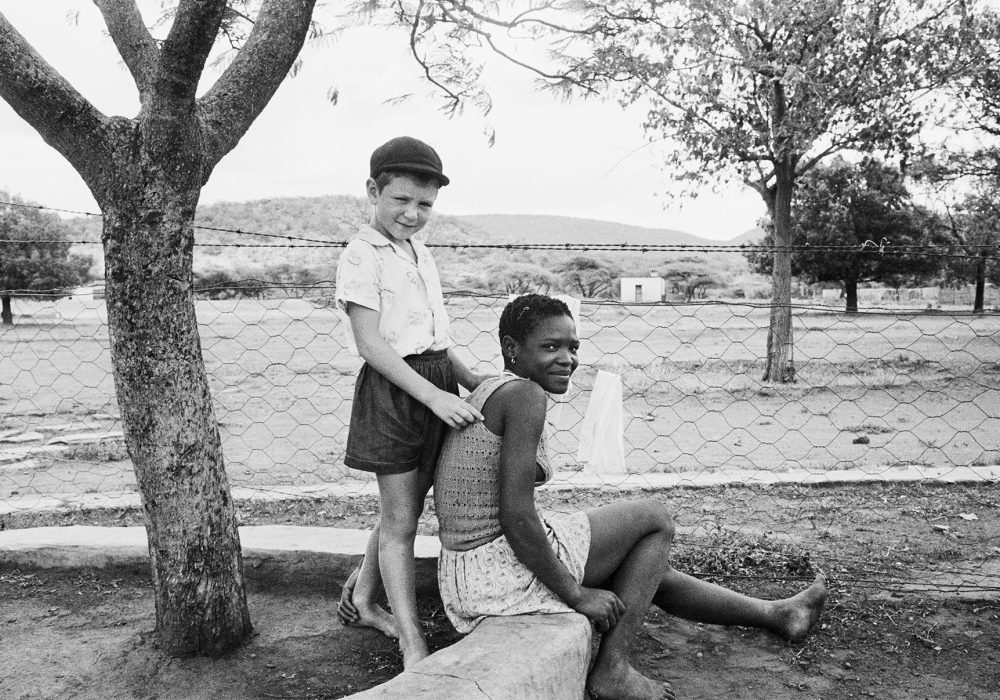 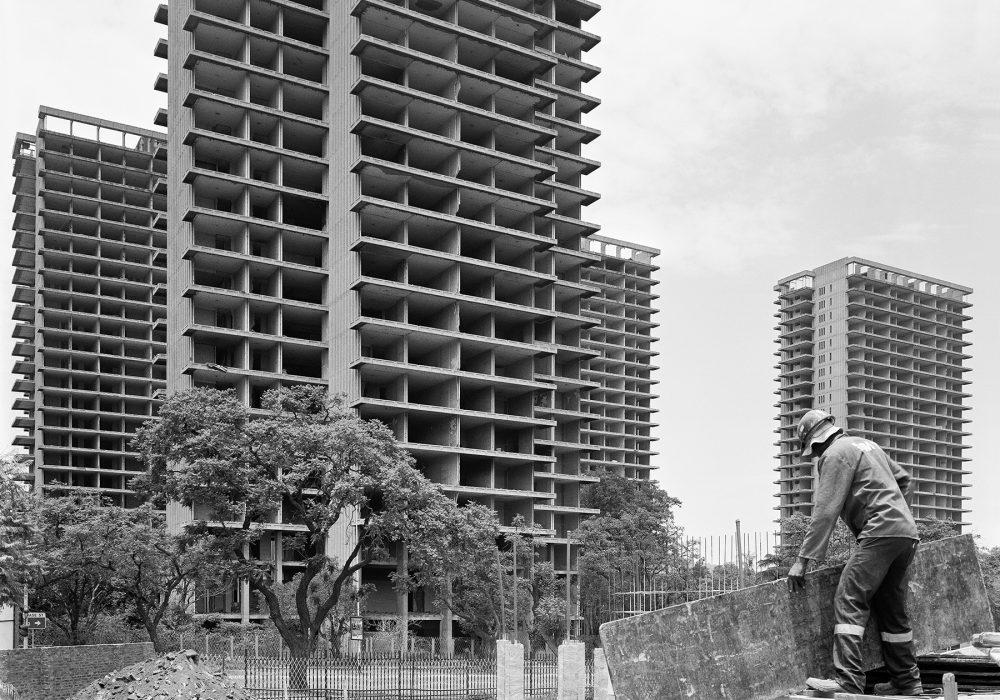 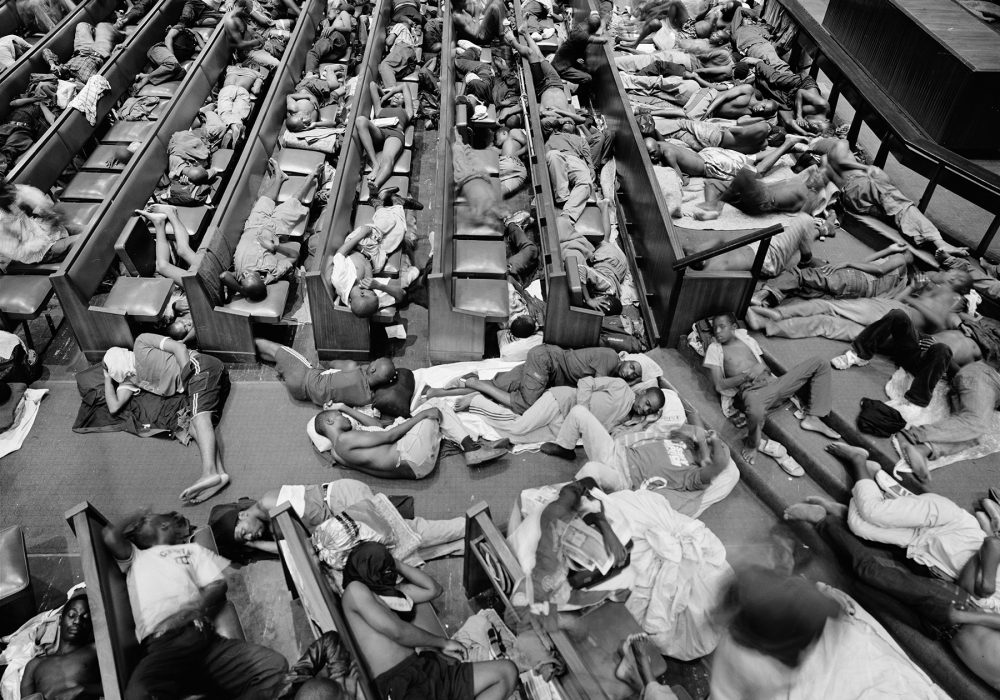 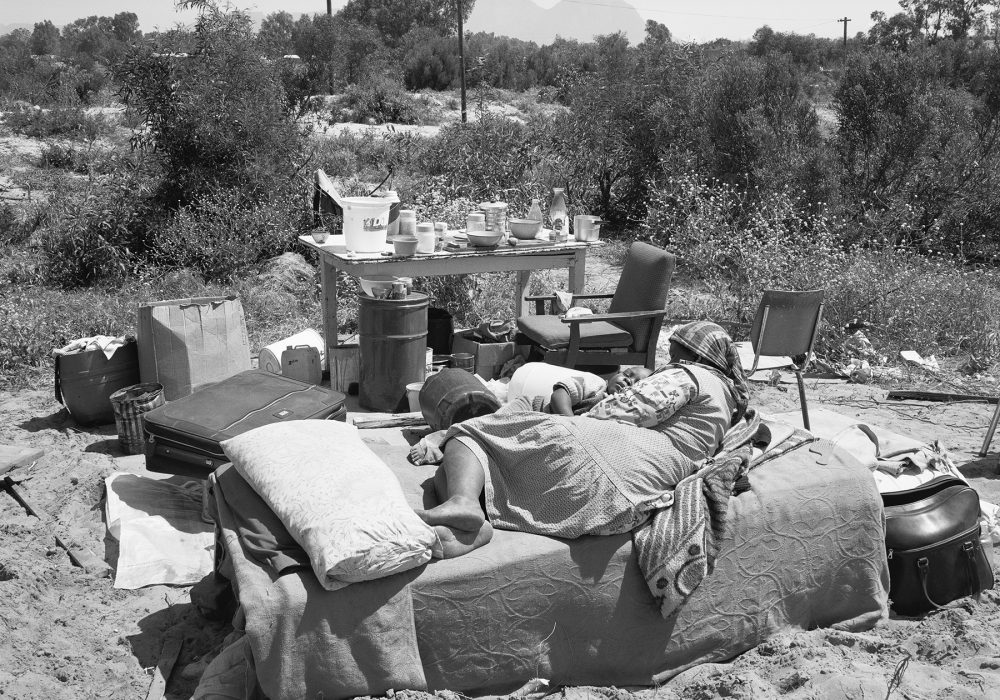 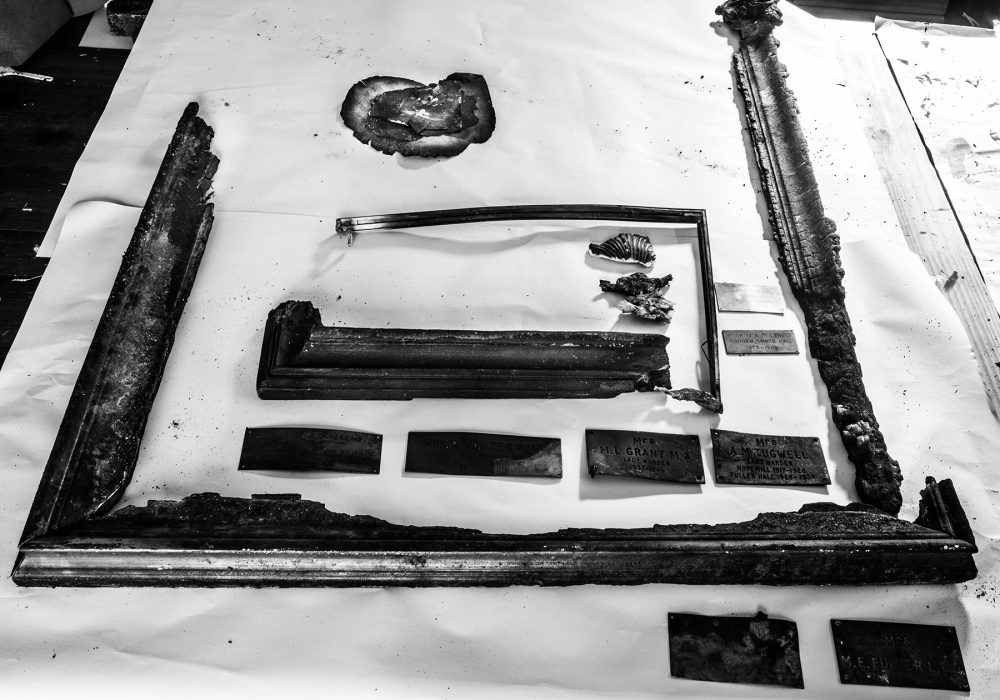 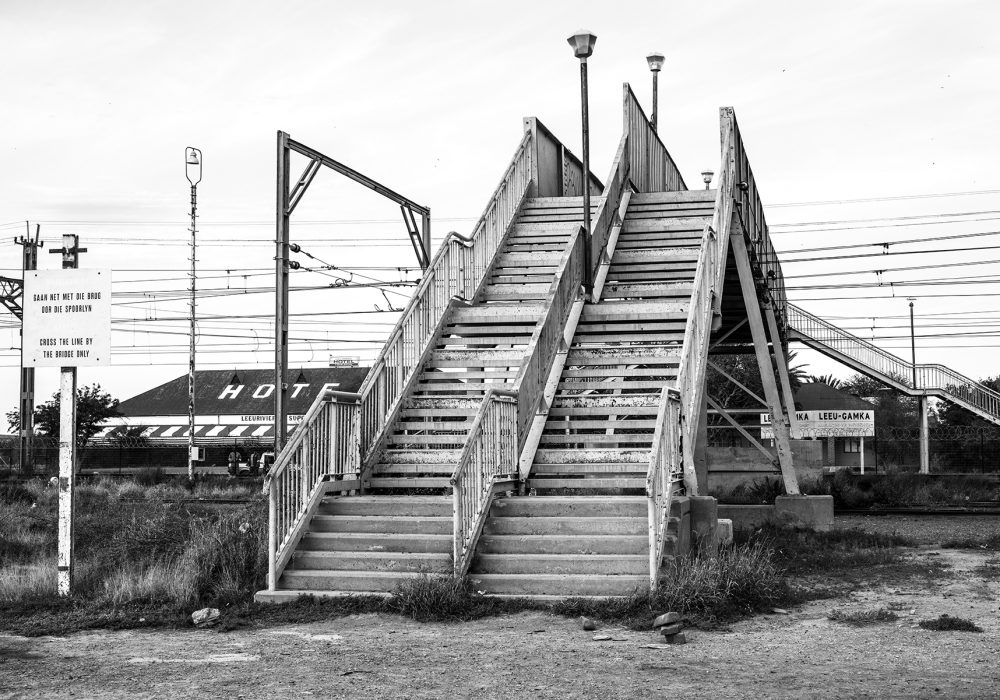 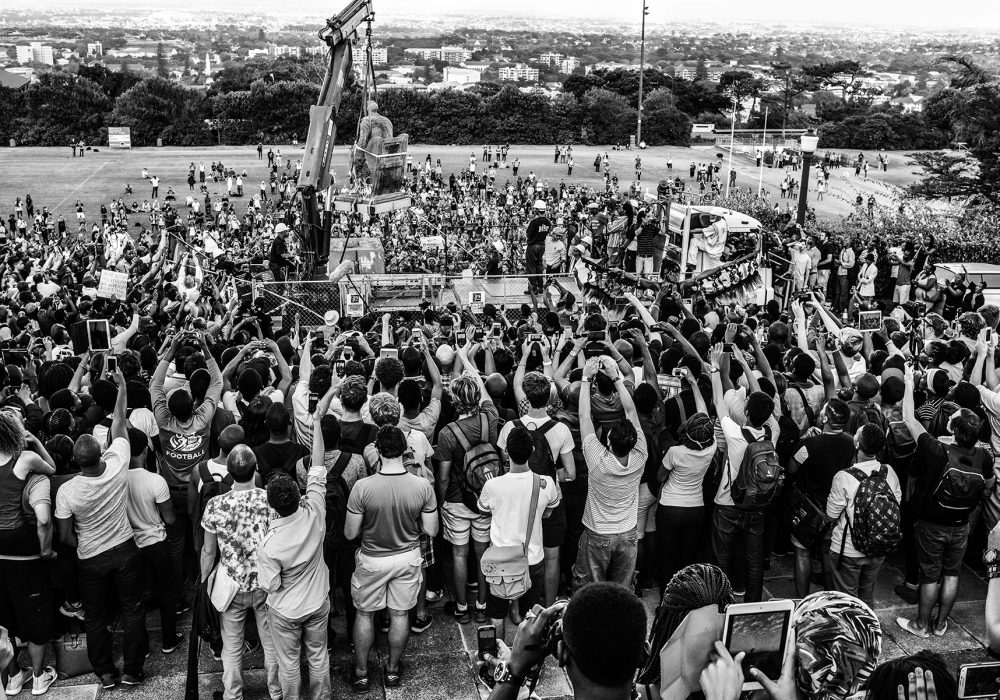 The first South-African photographer to be shown at the MoMA (New York) and the winner of the 2006 Hasselblad Award and the 2009 Henri Cartier-Bresson Award, Goldblatt is today regarded as one of the major photographers of the 20th century. In the spring of 2018, shortly before his death, the National Museum of Modern Art – Pompidou Centre mounted a retrospective exhibition of his work. This provided an opportunity to publish in French, under the supervision of the exhibition curator Karolina Ziebinska-Lewandowska, Structures de domination et de démocratie, which looks back at Goldblatt’s entire oeuvre. 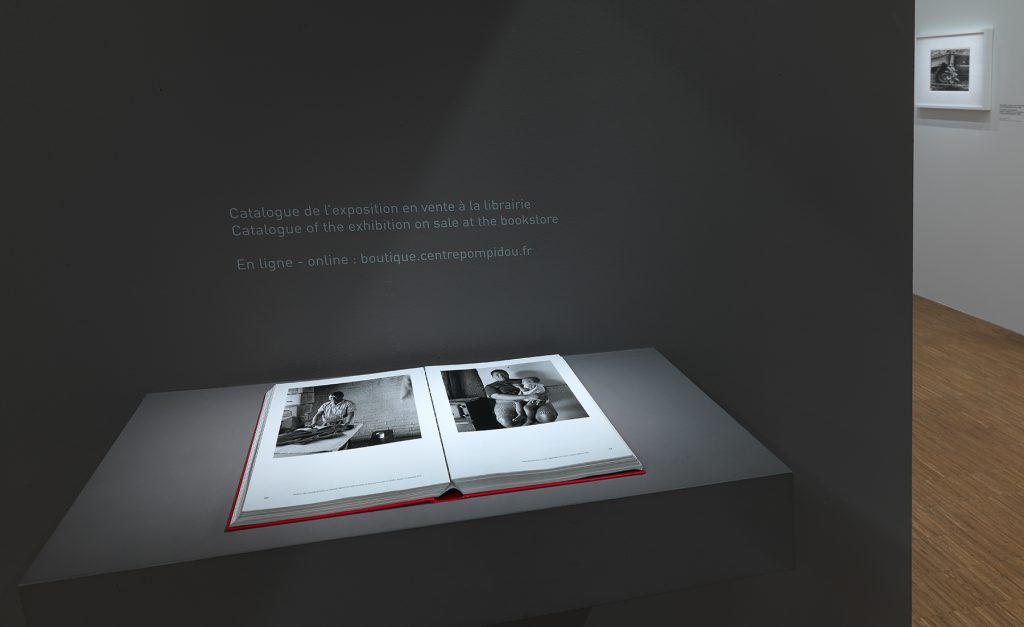 This book includes the series “On the mines”, co-created with Nadine Gordimer, the grande dame of South-African literature who died in 2014. Now an emblematic work in the history of documentary photography, it is presented together with the working prints.

David Goldblatt worked in black and white until the fall of apartheid. He then moved over to colour because it contained hope. Later on, he went back to black and white because he needed it once again as a filter to look at “our new epoch, that of a precarious democracy that is so reminiscent of the era of domination!”

Goldblatt died on 25 June 2018, a few weeks after his exhibition in Paris closed. Despite his passing, he will eternally remain the great visual witness of the South-African tragedy.