Created in 2012 in Brazzaville by the artist Bill Kouélany, LES ATELIERS SAHM is a contemporary art centre that supports artistic creation in the Congo and works to bring young African artists together.

LES ATELIERS SAHM has made a name for itself on the African scene with Shared Aesthetics beyond Geographies (Dak’art Off of the Dakar Biennale since 2014), the Rencontre Internationale de l’Art Contemporain (RIAC; International Contemporary Art Gathering) since 2012 in Brazzaville and the Bana’arts project since 2016, also in Brazzaville. Almayuda has been supporting the centre’s most notable activities since 2018.

Participations in the Off programme of the Dakar Biennale, organisation of the RIAC with the support of the Institut Français, launch of the Bana’arts project aimed at children… Ever since LES ATELIERS SAHM opened its doors in September 2012 in Brazzaville (Republic of the Congo), it has fulfilled its motto: “For contemporary art”.

Set up at the initiative of the artist Bill Kouélany, LES ATELIERS SAHM is a centre or, better still, a platform for contemporary art with a mission to serve as an exhibition venue and a place where artists can get together and share their experiences and ideas.

LES ATELIERS SAHM has a two-fold mission: to mitigate the lack of cultural resources and structures in the Congo, while raising the visibility of Congolese artistic creation on the international scene.

Born in 1965 in Brazzaville (Republic of the Congo), where she now lives, Kouélany was brought up in France and came to painting by chance in the 1980s: “At secondary school, I was into writing and I was very interested in the cinema, I wanted to be a filmmaker”. It was through writing that she eventually became an artist while publishing stories and plays.

“A self-taught plastic artist”, as she describes herself, her painting grew more radical in response to the war in the Congo and her discovery of the poet Tchicaya U Tam’si, whose writings advocate decolonisation and support the fight against racism and discrimination. Kouélany slashes and tears her canvases and then stitches them back together again, as her sewing, in the likeness of scarification and sutures, acts less as a repair than as evidence of a wound.

In addition to her painting, Kouélany makes videos and documentaries and continues to write. She has shown her work in a number of solo and group exhibitions in the Congo, Cameroon, Senegal (Dak’art Off and outdoor installations on the island of Gorée for the Dapper Foundation), France, Germany, Switzerland and elsewhere. 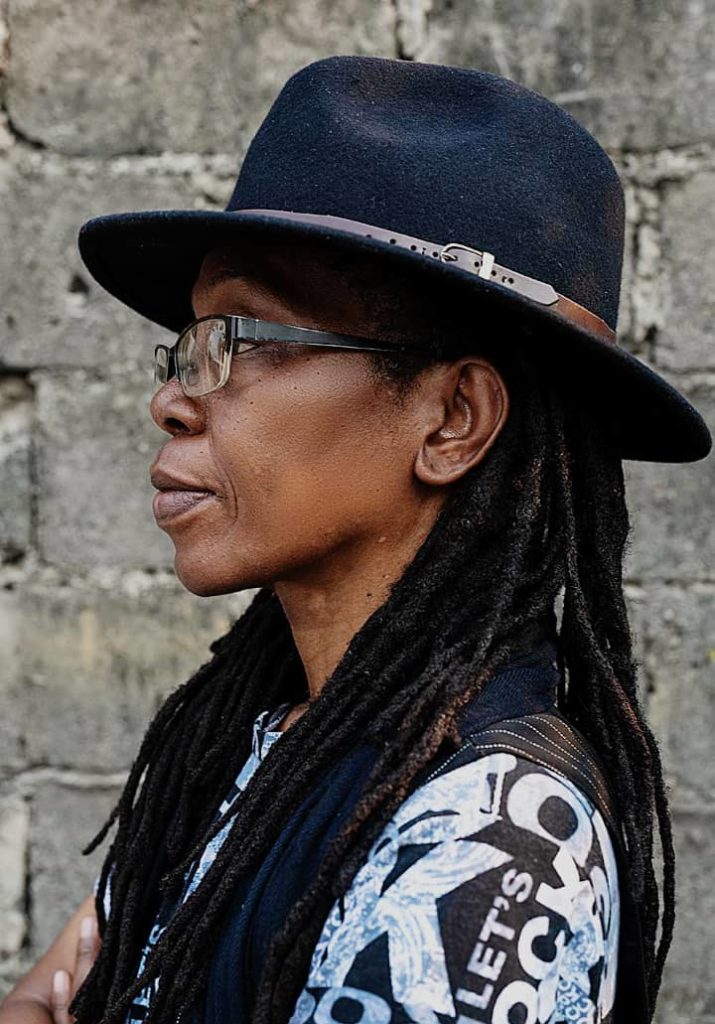 In 2012, she created LES ATELIERS SAHM as a means to support emerging art in Brazzaville. “There’s not much in the Congo, no galleries, no institutions and no state support… At that time, what you saw above all was traditional art of the Poto-Poto district (one of the oldest working-class neighbourhoods in the centre of Brazzaville). Today, we show installations, video, performance, etc.”
Proud of its status as the first Congolese centre to support artistic and literary creation, LES ATELIERS SAHM has an exhibition and screening room, a space set aside for art criticism, a media archive, four workshop rooms and an esplanade for hosting events.
With these amenities and their equipment, as well as a mentoring and residency programme, LES ATELIERS SAHM pursues its daily mission to improve artists’ working conditions, to stimulate their creativity and to foster international exchanges.

Since 2012, a number of Congolese artists have come to public attention through LES ATELIERS SAHM. Nowadays, a lot of people are keeping an eye on what’s happening in Brazzaville.

Today, Kouélany pursues her own artistic process while at the same time working to galvanise this centre for discovering and promoting African art.

Her efforts are bearing fruit: “… since 2012, a number of Congolese artists have come to public attention through LES ATELIERS SAHM. Nowadays, a lot of people are keeping an eye on what’s happening in Brazzaville”. 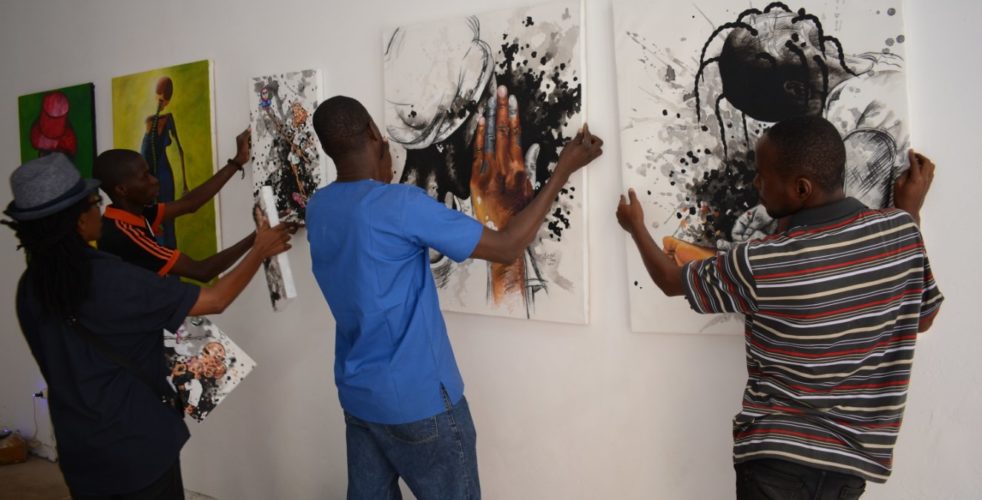 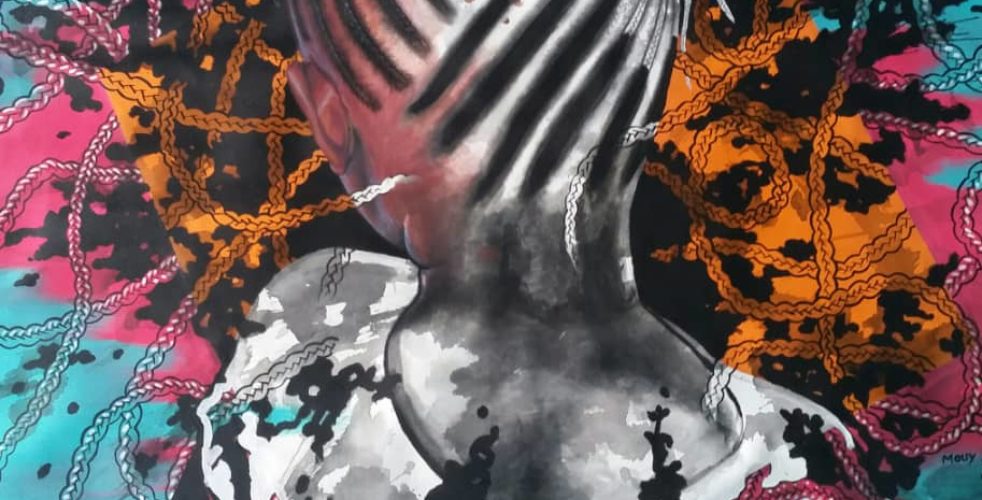 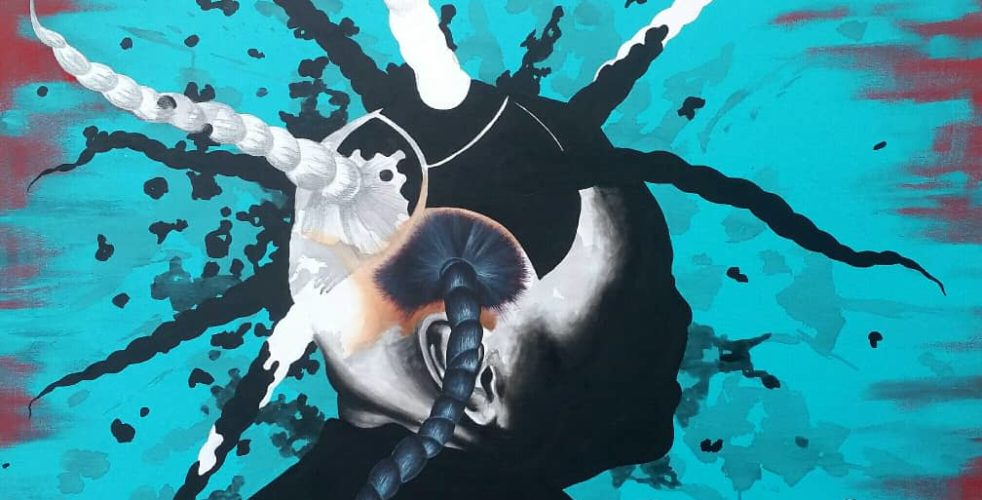 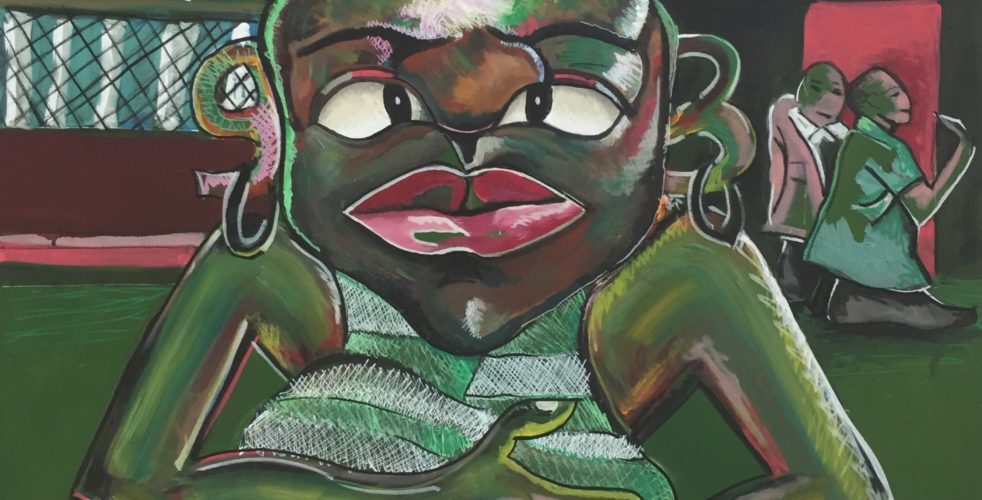 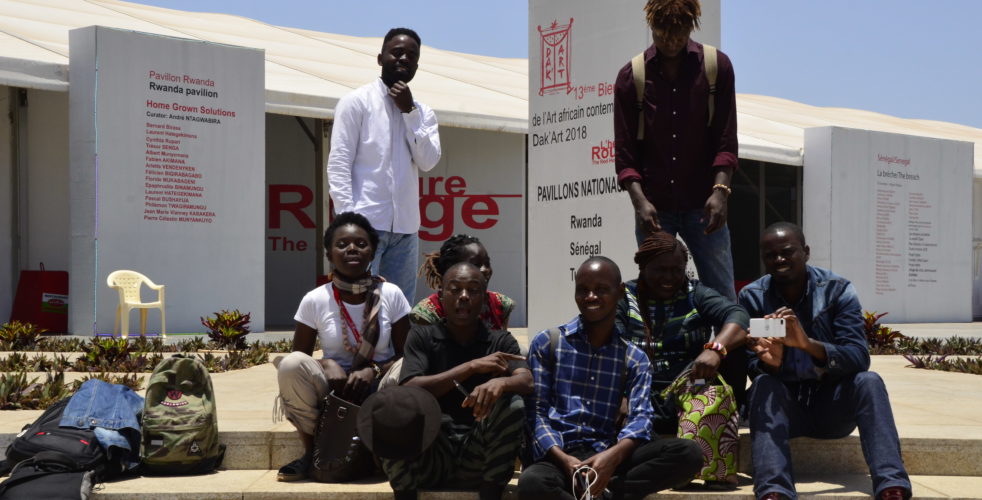 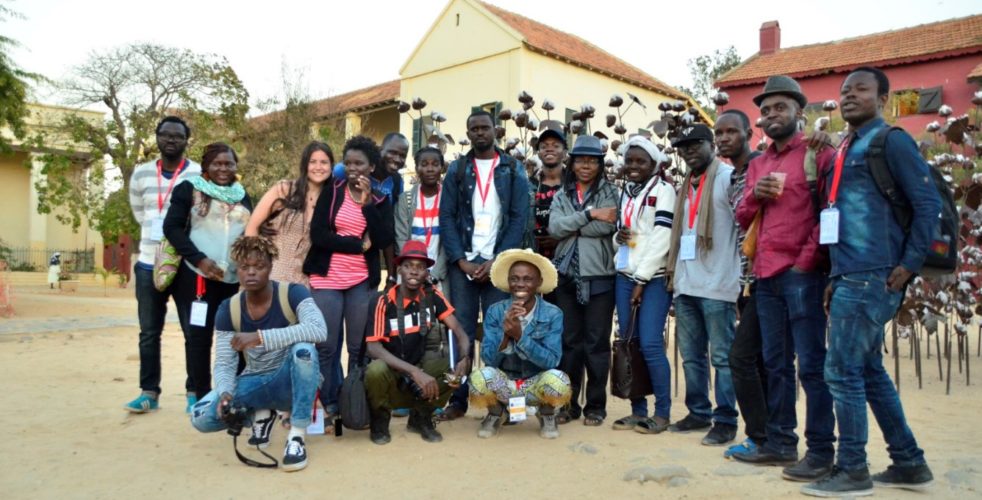 DAKART 2018 – Île de Gorée
Since 2014, it has presented an exhibition of young up-and-coming artists entitled Shared Aesthetics beyond Geographies at Dak’art Off. Supported by the Almayuda Foundation, this project enables young Congolese artists to engage in a dialogue with their peers in other African countries such as the DRC, Cameroon and Mali. 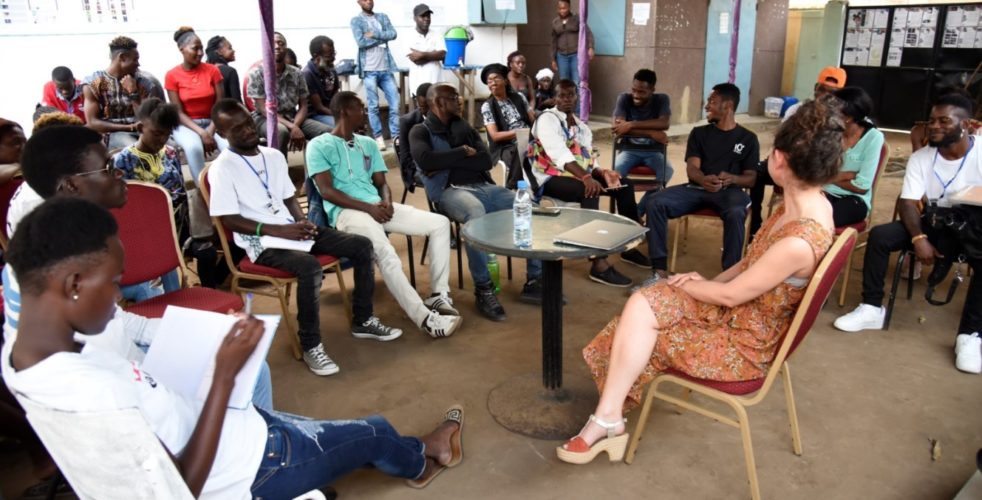 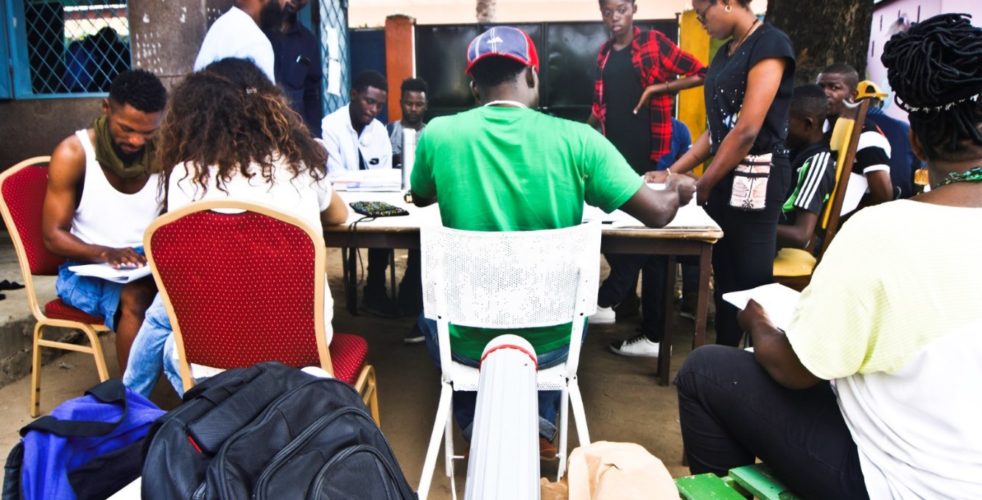 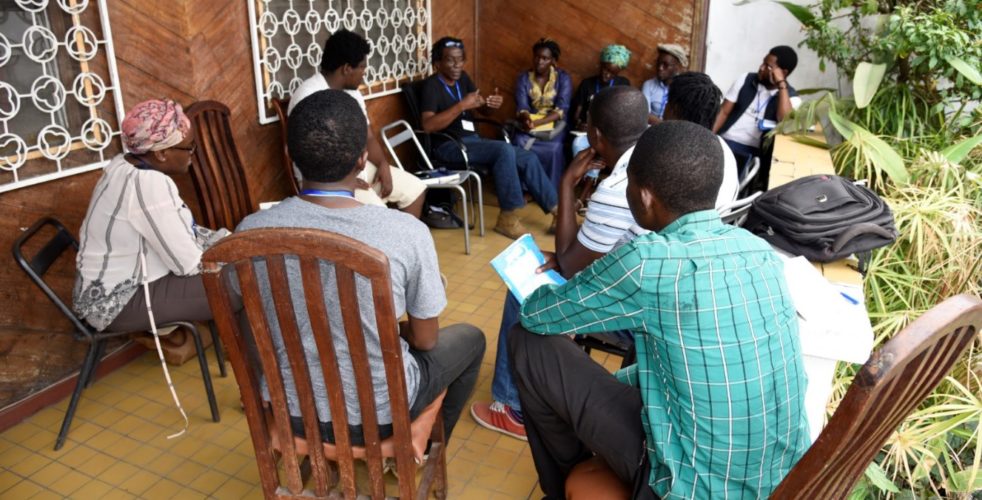 RIAC 2019
In Brazzaville itself, LES ATELIERS SAHM organises the RIAC, an annual event regularly supported by the Institut Français and Almayuda. At each gathering, dozens of African artists from different countries and educators from around the world get together in workshops covering areas such as the plastic arts, art videos and photography, art criticism, performance, poetry slam, becoming an artist and even fine food. These workshops serve two purposes: they aid the internationalisation of Congolese contemporary art; and they enable the international art world to discover the richness of the local creativity.

As Kouélany wants LES ATELIERS SAHM to be first and foremost “an atypical centre and a place for young people to come together”, we must not forget the Bana’arts project. ‘Bana’ means children in Lingala, a Bantu language spoken in the Congo. In combination with the word ‘art’, it gives us Bana’arts, a celebration during the Christmas holidays of children’s carefree attitude and artistic creation. Since it was set up in 2016, several hundred children, many of them the victims of exclusion, make the most of the opportunity the event provides to get together with young artists in workshops on DIY, film, theatre, dance, etc. 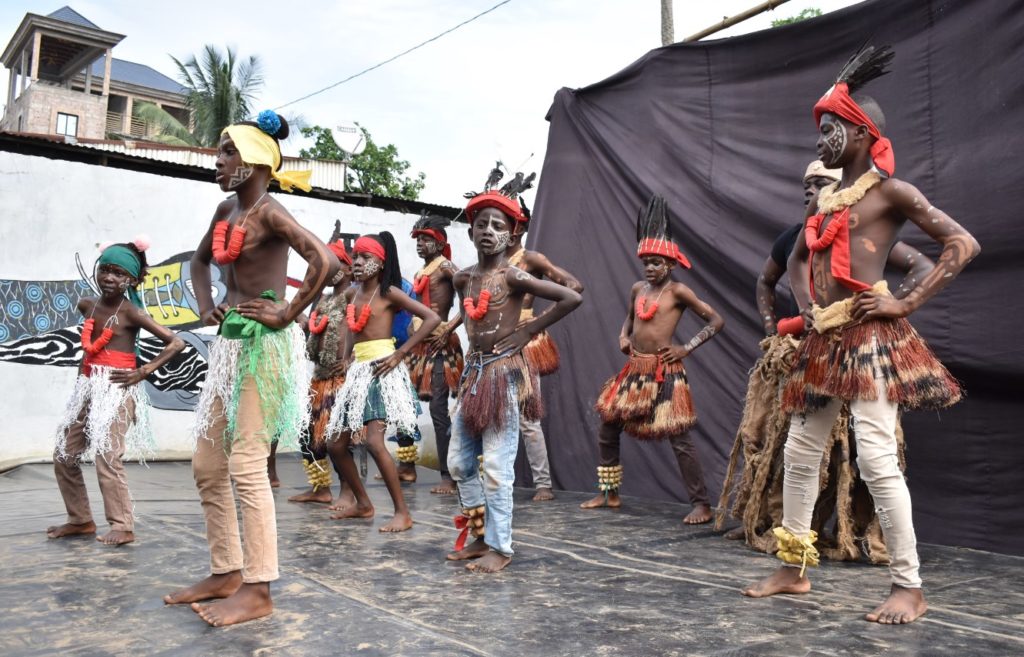 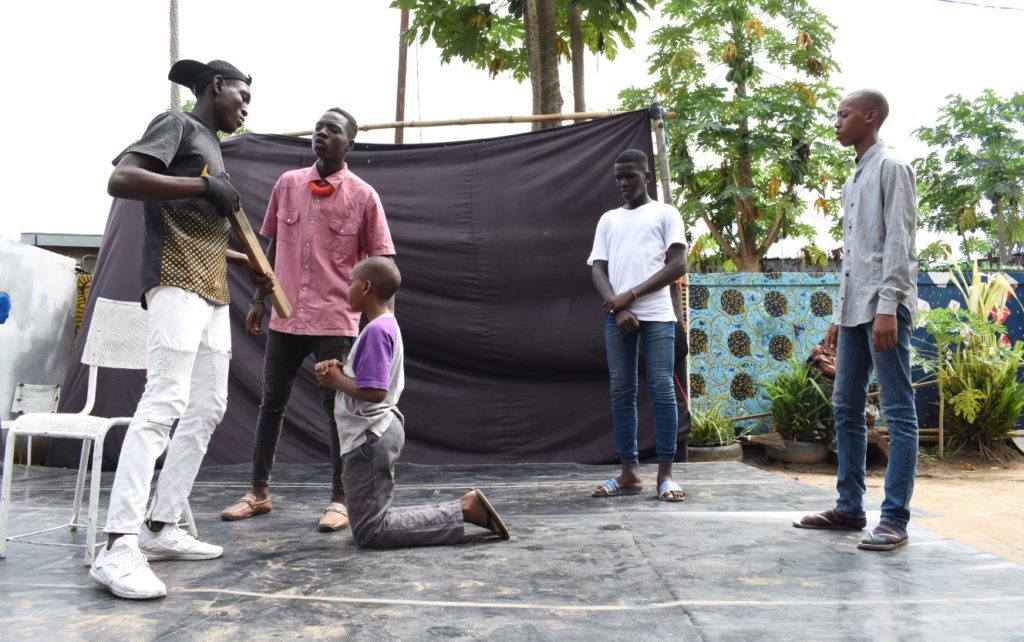 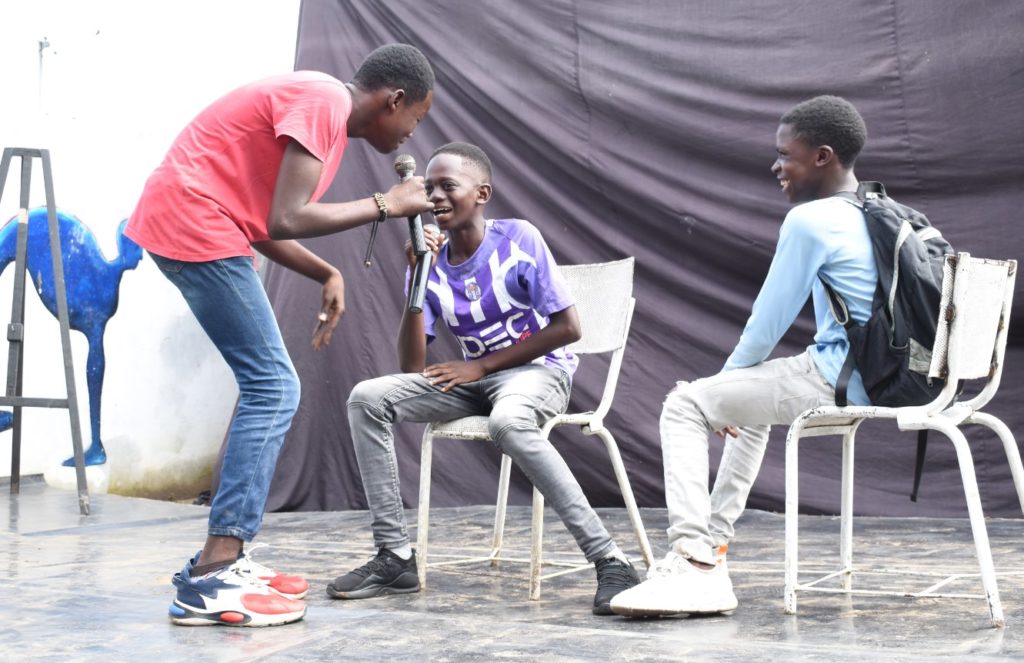 For her artistic and humanitarian work, Bill Kouélany was given the 2019 Prince Claus Award, presented to outstanding women in recognition of their high-quality cultural endeavours that have had a major impact on society.