Coastal fishing by individuals in small boats is one of the mainstays for the population in the coastal belt in the north of Sri Lanka. Since 2012, the ALMAYUDA FOUNDATION has distributed diving equipment and lifejackets to more than 350 fishermen and their families in two communities in the Jaffna region. The equipment consists of items for diving to 6 or 7 metres and for ensuring safety on board the boats.

The war that ravaged the Northern Province of Sri Lanka for 30 years has severely affected the ability of fishermen and their families in the coastal belt of this area to provide for themselves.

Coastal fishing by individuals in small boats is one of the mainstays for the population in the coastal belt in northern Sri Lanka.

During the war, people were only able to fish for at most a few hours a day due to a lack of suitable equipment and because it was dangerous. This caused the collapse of their livelihood that enabled them to feed themselves and generate additional income by selling surplus fish.

In addition, competition from Indian fishermen and the use of trawling methods that destroyed the seafloor exacerbated the difficult living conditions in a number of villages where people were used to living off the sea.

ALMAYUDA, which operates in Sri Lanka through its offices in Colombo, was contacted by fishermen’s co-operatives societies and quickly decided to come to their aid.

Since 2012, the foundation has distributed diving kits (masks, flippers and tubes) and lifejackets to more than 350 fishermen and their families. 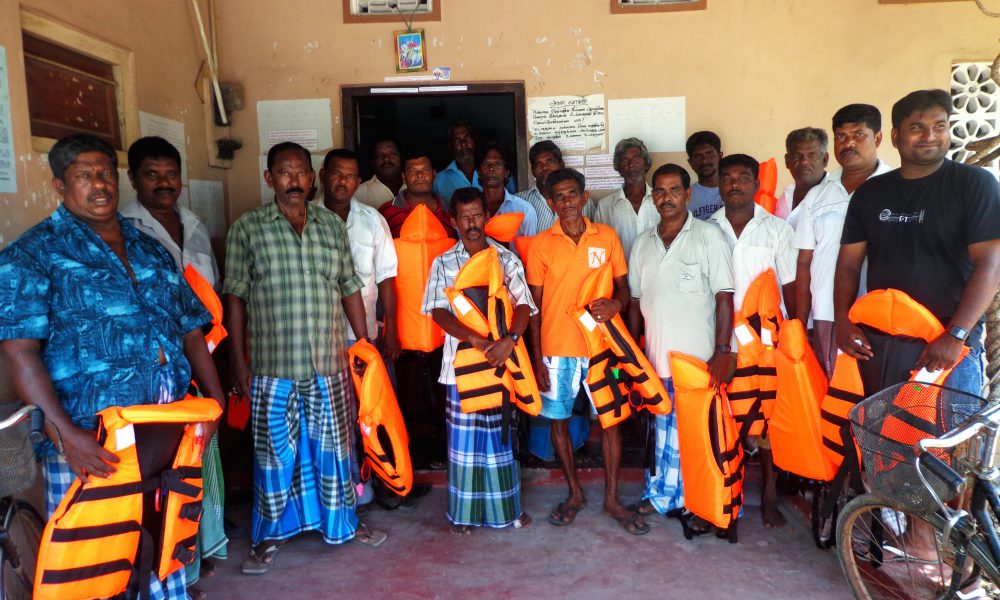 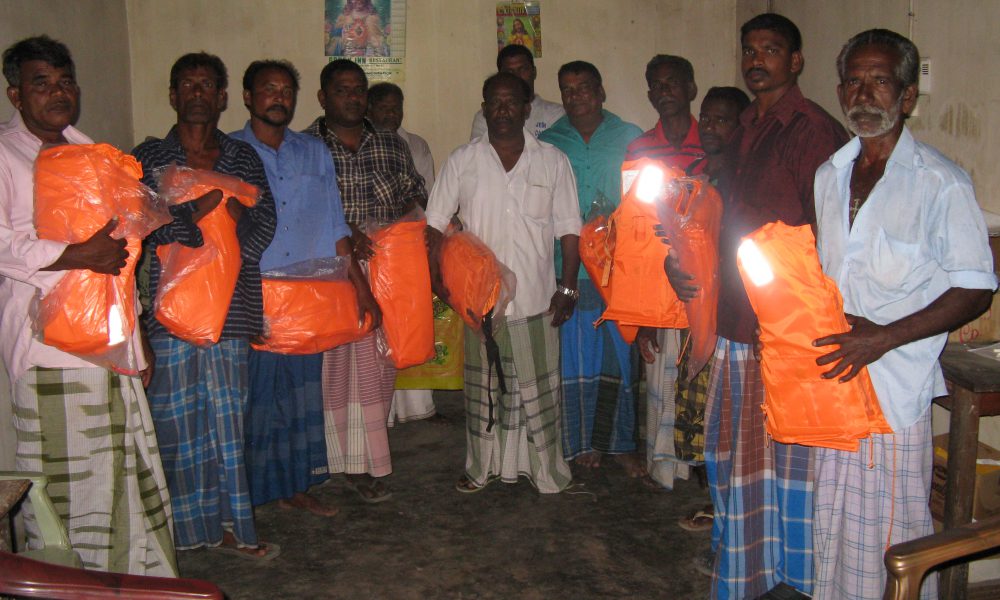 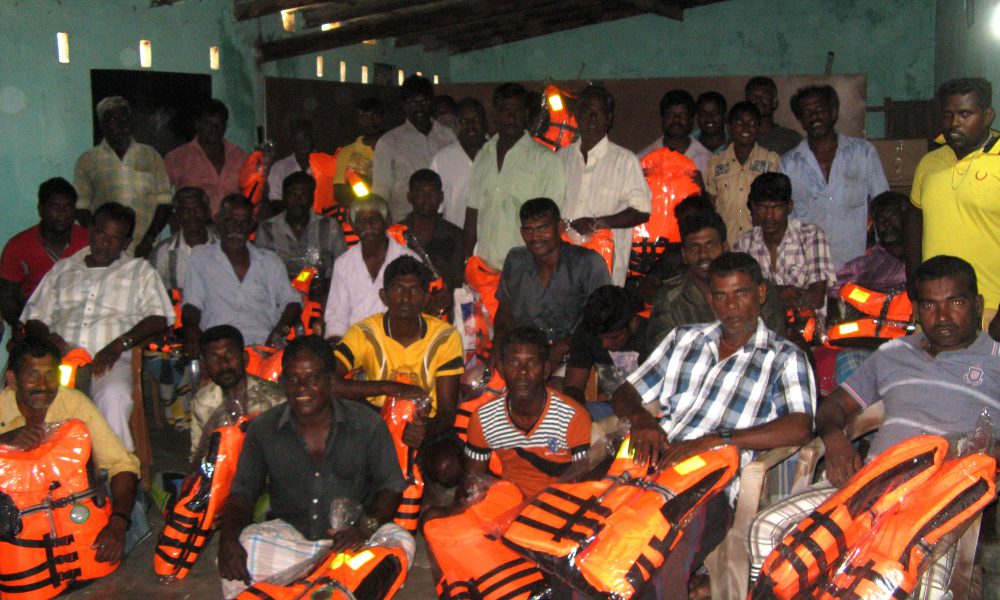 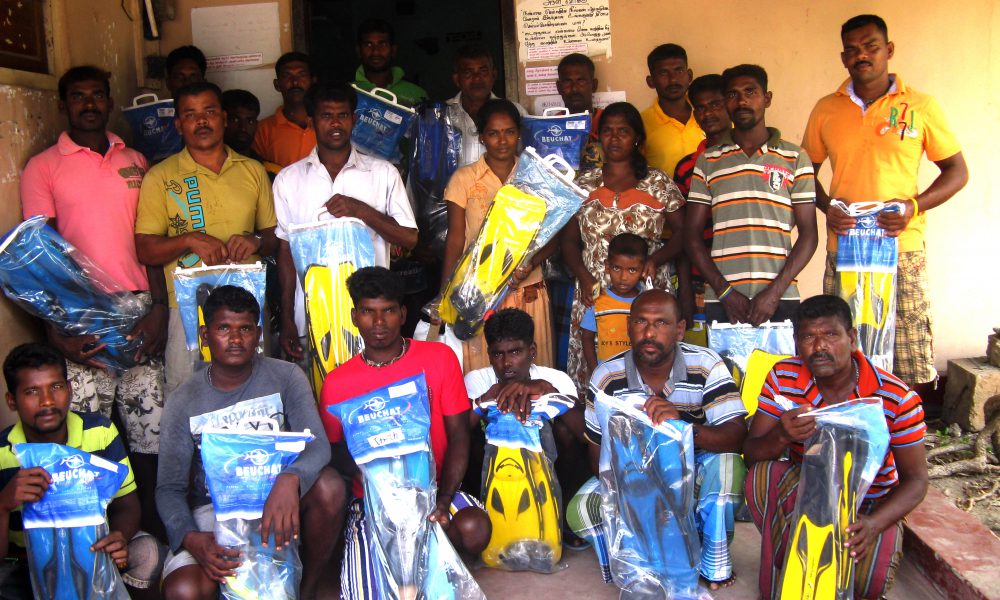 The donation of this quality equipment has a rapid effect and results in a notable increase in the monthly income of fishermen and their families. Some of these additional financial resources can now be set aside for their children’s education.

ALMAYUDA FOUNDATION is proud to have implemented this programme because it enables its beneficiaries to become self-sufficient in a lasting and healthy manner.